Altai technical director Karol said: “This year, too, I have personally made a huge sacrifice. Like the players, the other club managers, the president and the staff. I wanted to put my body under a stone. Because I don’t want to put the Altai coat of arms on the ground, I want to do my best, develop myself further and become a more successful coach, ”he said. Ended second stage at Afyon Sinan said his camp had been fruitful, and he also conveyed an important message for the young players.

Technical boss Sinan Kaloğlu emphasized that he is very happy with all the players. They are all diamond kids. They have their faults. Besides, some players didn’t get it. We want to improve both their mental and physical aspects, especially their positional information.In this direction, I also want to improve their mental and physical aspects. We work hard. As you know, they have to take great responsibility for the situation we are in.

“We fit our game philosophy”

Sinan Kaloğlu explains that establishing a game philosophy for black and white teams is not easy. “We are lucky in this regard. I have an experienced, well-meaning and hardworking team. We are good. The structure of the squad we have will reveal what our philosophy is. We were one of the teams that conceded the most goals and scored the most goals when it came to last season. Therefore, we first formed a clean sheet philosophy.This year too.Given the genetic structure of the hand and player structure, our priority is to run the most, concede fewer goals, and have a philosophy of struggling. I hope that I can score a goal and get a good result.

“We’ve been through a lot of these situations.”

The 41-year-old coach said he went through difficult times when he played for Altai, saying: “We’ve been through a lot of situations like this. It’s a family atmosphere and we want to achieve this success in the championship. Now, in the first phase, “In the first phase, my brother and the experienced players joined the team, and that added energy. With respect, we have all built a good partnership and I hope it reflects in this area as it is such a lovely family atmosphere right now.

“We were in beautiful harmony”

Altai coach Sinan Karol said last season that he had the youngest player on the field in the club’s history. “I watch them grow and it is important to use these players in the right place at the right time. We will continue to develop young talent this year, and such players will be a good future for the club,” he said. 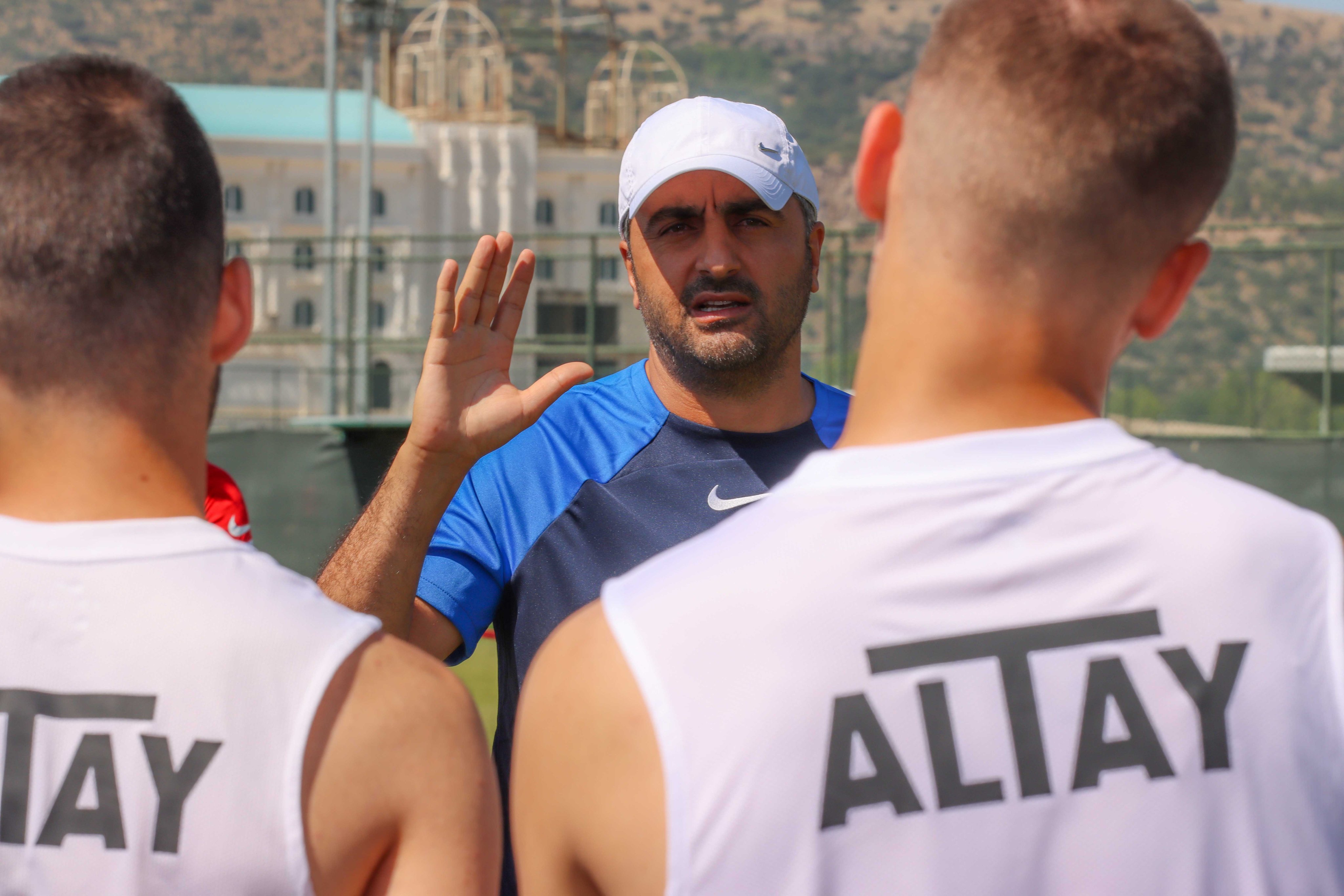 “Our fans are our everything”

Expressing that the Altai supporters are very important to them, Kaloğlu continued:

“They are everything to us. They have stood by us in our most difficult times. A very tough season awaits us. We will face a very strong team.” We are with very young players.We have established a team.It will be a big responsibility for all of us.I know the fans will share.This responsibility.No matter what. , we will do our best in every match inside and outside. With the moral motivation they give, we hope to finish the league well this year.