Padel is a type of racket sport and is especially popular in Spanish-speaking countries such as Mexico, Spain and Argentina. Padel is a racket sport that combines the elements of tennis, squash and badminton. It is played by millions of people around the world, and this number is increasing every year. This game can only be played in pairs and can be played outdoors as well as indoors.

Padel is a sport very similar to tennis and squash in terms of rules and techniques. However, there are subtle differences. Its biggest advantage is that it is a communication game that makes it easy to learn its basic techniques and appeals to all age groups. Padels with the same rules as tennis are played in 3 or more sets.

Unlike tennis, you have the right to hit the surrounding wall (glass). It is played in a team of 2 people (4 people). Doors are open in the area surrounded by wires. If the player deems it necessary, they have a chance to exit the door, making the game more exciting and continuous.

What is the purpose of the game?

Padel’s goal is to win two of the three sets that make up the match. By doing so, each match must act as a team in order to win the rival’s match. The courts are much smaller and closed than tennis, so players are close to each other and need to be well understood to succeed. It is also important to fit your body.

Padel is just over one-third the size of a tennis court and is played on an indoor court with a 20mx10m stadium. Like a tennis court, the center is separated by a net, but unlike tennis, it is surrounded by a wall that players can use during Padel’s game. The surface of the coat can be made of a variety of materials. Includes cement, synthetic materials or artificial turf. The FIP also stipulates that the playing side of the padel court must be terracotta, blue, or green.

How are you graded?

Earning points with Padel is the same as playing tennis. This means that the score goes up as 15, 30, 40 and the game. For a tie of 40-40, this is called a deuce and the winner is the first player to play with two distinct points. Padel’s games are played as the best of three sets of six games each.

How to win the game?

To win the set, matchmaking must win 6 games in 2 open games. When the score reaches 6-6, the tiebreaker is played and the winner gets 7 points first with 2 net points. If the game continues to be a draw, there will be another tiebreaker in which the first winner of the two games will be declared the winner. The first pair to win two sets is declared the winner. 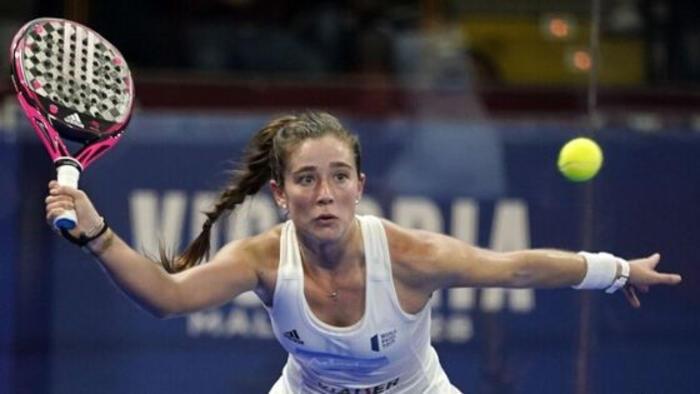 Padel matches must be played on a 20mx10m padel court made of blue, green or terracotta.

Padel games are played between two sets of players using a padel racket.

Coins will be thrown before the match. Every match starts with a serve that must be played under the seat, but like tennis, you have to enter the opponent’s court diagonally.

Both teams need to try to score more points than their opponents.

Your opponent will earn points if any of the following occur:

* When the ball hits you or your teammates,

* The ball hits a wire limit or another fixture (classified as out of bounds) before it crosses the net or enters the opponent’s court. The match consists of 3 sets, each set consisting of 6 games. The winner of two of the three sets will be declared the winner of the Padel match.